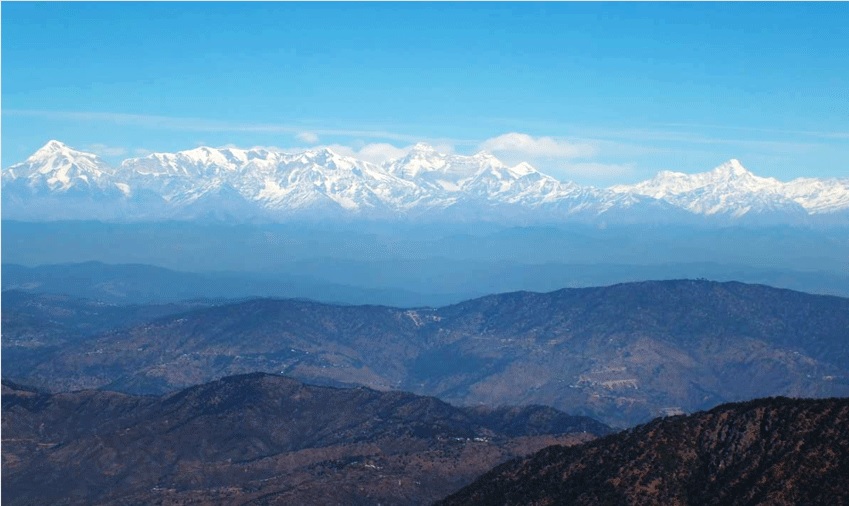 This is the highest peak of the Nainital and previously was known as the China Peak. This peak has at height of about 2615 meters therefore is highest in Nainital and also is a place which provides a bird's eye vision of the entire town. The place is known for its loveliness and the landscapes that make it more eye catching. There is also situated Naini Lake therefore, which seems to appear smaller as one rises in height while climbing this particular peak. The Naina Peak is a place that is only meant for the hikers and the people who are unable to hike through can also hire mules there.

Naina Devi temple is positioned on top of the Naina hill at the northern shore of Naini lake in Nainital, Uttarakhand. The lead god of the temple is Maa Naina Devi represented by two Netras or eyes. Nainital is one of the 64 Shaktipeeths also known as religious places of Hinduism.

This Peak is to be found about four miles away from the Mallital town and is more beautiful as has the highest altitude there. The trek to this particular great place leads through the dense forests of deodar and the cypress trees and are all around the road therefore are also creating a sight that is in the deep desires of an individual. The place is complete of natural beauty as one can also observe the Naini Lake that is bounded by the seven mountains all around thus appears like a huge pool.

The major attractions that are presented by the means of Naina Peak are the snow sheltered mountains all around and the facility to take a sight on the mountains that are all around the border of the Tibet. One can also enjoy the outlook of the Nanda Devi as they can also be seen from the peaks of the Naina Peak because it has its site on a high altitude mountain. The snowfall can also amaze an individual up to a great extent, as this will make a great impact on the mind of an individual.

It appears to be a blessing for the individual who love walking as there is all around enormous land and attractive vision that create an ideal ambience for walking and for enjoying in the lap of Mother Nature. While having a visit of the Naina Peak there is a need to take some edibles, as there are no places to eat at the altitude, therefore there must be careful. One can trip this particular place by walking or on the back of a horse or mule. Once an individual reaches the top, one can also get pleasure from the snow covered peaks of the Himalayan mountain range as they can also be seen all around.

The Naini Lake when seen from the Naina Peak appears like an eye of the city with an appearance of bright green color and as well appears as a jewel among the Great Himalayan Mountain range. As one ascends more over the top of the Naina Peak the city appears like a small sink and altitude can appear like breath taking to the weak hearted persons, but the sight and the loveliness of the nature appears to be at its best as the view becomes more delightful and eye catching.

As an individual climbs up the Naina Peak one can face up the snow capped mountains all around which are stunning. One can take the edibles but the littering of the place is completely banned, as there are also places where the dustbins are being placed and managed by the department of tourism. There are also the visions of the Himalayas up to the Naina Peak via Api Peak and Glaciers of Bunder Punch that are positioned in Nepal. Therefore the Naina Peak is a place where one can really enjoy the natural loveliness that snatches away the heart by its attractiveness.