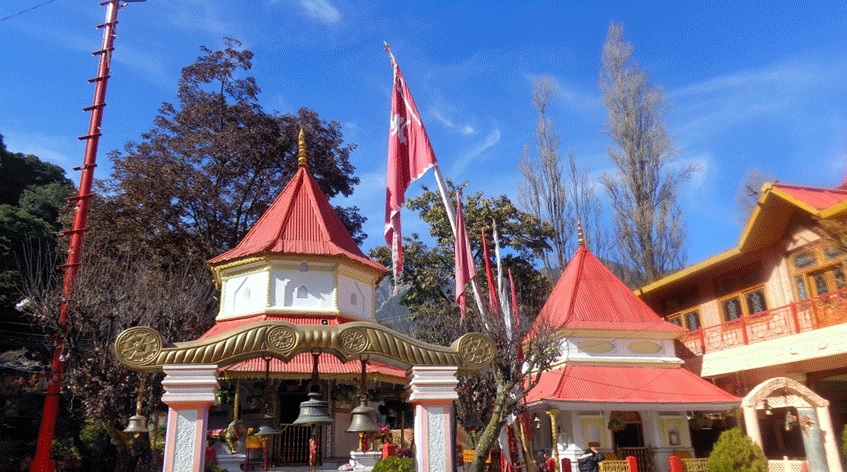 Nainital city in Uttarakhand offers lots of places of traveler interest to its guests and to watch these attractions is a real enjoyment. Naina Devi temple is among the main traveler attractions in Nainital and is a highly respected place for the pilgrim travelers. The lake region in Nainital is the place where all the main attractions of the city are to be found.

Naina Devi temple is positioned on top of the Naina hill at the northern shore of Naini lake in Nainital, Uttarakhand. The lead god of the temple is Maa Naina Devi represented by two Netras or eyes. Nainital is one of the 64 Shaktipeeths also known as religious places of Hinduism.

In the olden days of history when Sati, the wife of Lord Shiva, unable to accept the insult when her father King Daksha reject to call Sati and Lord Shiva for a yajna, burnt herself to death. Devastated and grief-stricken, when Lord Shiva was returning to their abode with her body in His arms, her body parts fell on various places on earth. The temple of Naina Devi is built on the place where the eyes (naina) of the Goddess are assumed to have fallen, when Lord Shiva carried her body.

A very old temple is believed to have been built in the 15th century A.D. which was restructuring in 1883. There is a lake 167 yards wide and 93 feet deep behind the temple. The gate to the temple is marked by an enormous Peepal tree to the left. On the right, there are idols of Lord Hanumana and Lord Ganesha. Inside the temple there are 3 deities Mata Kali Devi, Maa Naina Devi and Lord Ganesha. Every year, since 1918-19, on Bhadrapad Shukla Ashtami, statue immersion ceremony similar to that celebrated in Maharashtra and in West Bengal is done here.