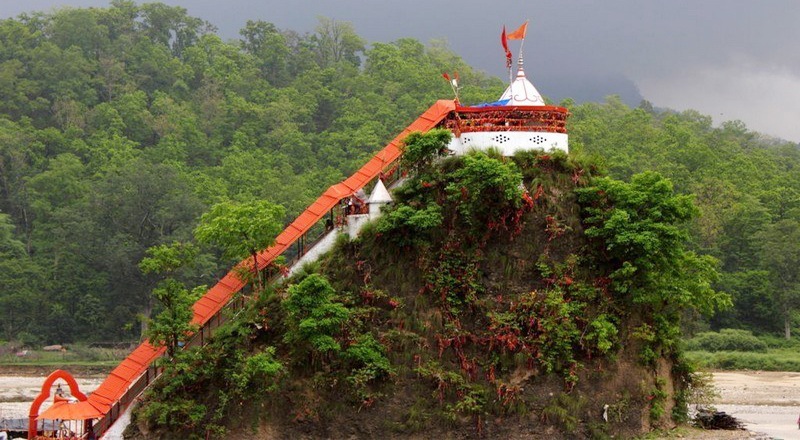 Garjiya Devi Temple is one of the very old Devi temples in India, which is to be found in the border of a gorgeous village called Girjiya close to Ramnagar in Uttrakhand. Garjiya Devi Mandir also known as the Girija Devi Temple in Ramnagar, have an eye catching attractive vision of situated over a giant rock in Kosi River. Nainital have a well-off cultural tradition and Garjiya Devi Temple Uttarakhand attracts 1000s of devotees yearly because of the divinity that the place has to offer. Positioned close to Jim Corbett National Park, Ramnagar Uttarakhand, Garjiya Devi Mandir views its vast devotee crowd mostly throughout the time of Kartik Poornima.

Kartik Poornima is the fair of lights. The Garjiya temple totally decorated with diyas lit by devotees and worshipers throughout the time of fair gives a superb panoramic vision over the Kosi River, which definitely demands for a visit to this divine Devi temple at least once in a life time.

Dhikuli is a very old rural area situated close to Ramnagar and the history of Garjiya devi mandir is primarily connected to this place as per the stories and believes of the people in Ramnagar. Being one of the holy Shakti peeths of the area, Garjiya Devi temple claimed to have relations with very old royal families like Katyuri, Kuru etc.

Origin and Garjiya Devi Mandir is 12 KM left from Ramnagar, and is build into a temple construction in the year 1940 only. At first discovered in the year 1840 by rulers of Ramnagar, Katyuri, this temple is sheltered and rebuild lots of times by the temple organization by now therefore offering a wonderful infrastructure considering the crowd pull that increases year by year. The anthropological surveys and other studies about cultural heritage of Naintial, reveals that the people of Dhikuli was influenced by the Indraprasta culture over time.

Garjiya Devi is the main shrine and idol of the temple and there is Seeta Bani, Anasooya Devi and other goddess being worshiped there. People from north, south, west and east of India never skip the chance to pay homage to the temple whenever they visit Jim Corbett National park.

The relevance of the festival time in Garjiya Devi Mandir is that it coincides with the famous Sikh festival Guru Nanak Jayanti pulling huge crowd folk during the time to Ramnagar Uttarakhand. Garjiya devi temple history shows that this place have divine powers making the devotees satisfy their wishes and offering to the goddess that believed to protect them even in the worst conditions of adventures journey to the temple.