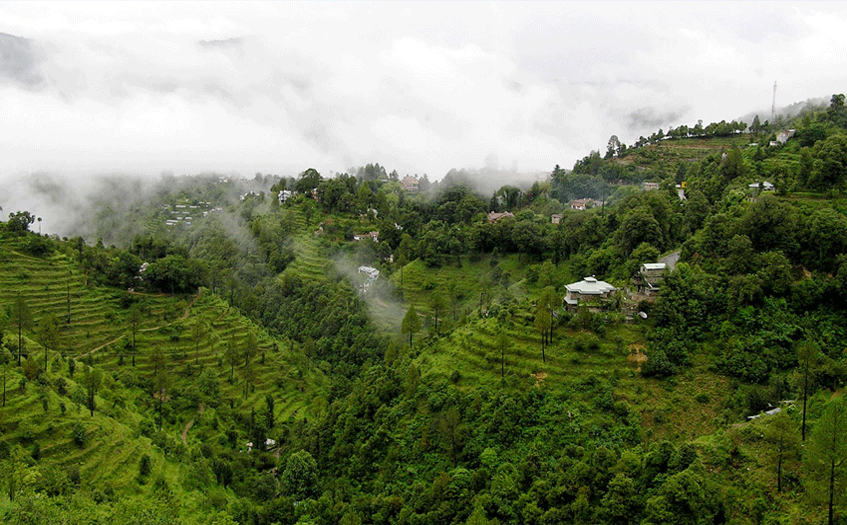 Balanced at an elevation of 1,706mts above sea level, Bhowali is one of the charming towns of Nainital district of Uttarakhand state. Its nearness with well-liked destinations such as Nainital, Sattal, Mukteshwar, Bhimtal, Naukuchiatal and Ramgarh has made Bhowali a well-liked destination. The planned site of Bhowali has resulted in making it a main road link of Nainital district.

Bhowali is to be found 11kms from Nainital offering unparalleled peacefulness and beauty. It was known as health resort before independence due to its hygienic climate and rejuvenating surroundings. Bhowali is rich in varied flora and fauna.

Nestled amidst abundant green mountains, Bhowali is known for its picturesque vistas and clear visions of the Himalayas giving travelers the acuity of experiencing paradise. It is a tour destination for those who want to spend their enjoyable retreat bounded by calmness and peace. Bhowali serves as a main export centre of apples, peaches, apricots, plums, strawberries and peaches.

Recognized by the Sainik Schools Society in 1966, Sainik School, this army school is renowned all over India. Students come here to study and for their all round development, in a healthful atmosphere.

Golu Devta, the presiding divinity of the temple is said to be a living form of Lord Shiva and the temple is one of the major attractions in Ghorakhal. This temple is frequently in news for the unique rituals performed here.

This museum is a have to visit place of Bhimtal. Generally identified as Lok Sanskriti Sangrahalaya, the museum was founded by Dr. Yashodhar Mathpal in 1983 and presents precious artifacts and a riches of old photographs.

Lying on the surrounding area to Golu Devta temple, Shyamkhet Tea Garden produces broad range of tea leaves including natural tea which are also exported to the world wide. Around 11,000 kilograms of tea is ready every year at Shyamkhet.